My Perspective From Israel: How To Defeat Terrorism​

This is the worst article I’ll ever write and you’ll find out why before the end.

So, Friday night I’m walking with my journalist friends along Tel Aviv’s famous “Tayelet” or boardwalk – the main beach strip frequented by tourists and locals. We were on our way back to The Market House Hotel in Jaffa, also known as the “ShinBet Museum Hotel.” And with another couple of days left in our media mission, we were talking about how many “stay safe” messages each of us had been receiving – and how safe each of us felt.

​Of course, while walking and talking I’m also searching for one of Dahlia’s Hierarchy of Needs – WiFi. It didn’t take long to find one of the many free public connections in this high-tech country. 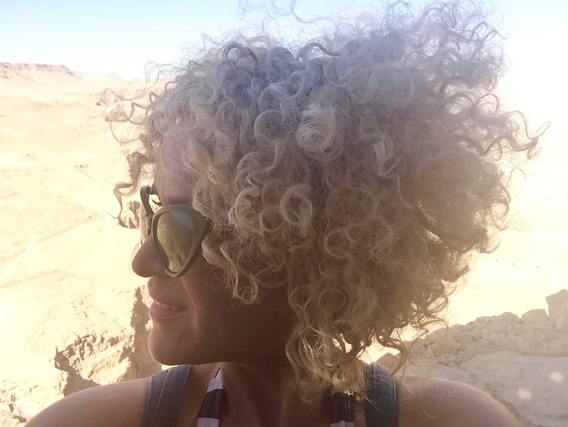 At Masada, where one of the greatest battles ever was fought.
I connect and my phone immediately lights up with numerous notifications from people concerned about my safety. More messages than days previous. As I’m sorting through everyone’s worry, someone in my group interrupts, “There’s been a massive terrorist attack in Paris.”

The world has changed … again.

At the time, like the rest of the world outside Paris, we had not yet realized the magnitude of this event, but were still jolted by it. When you are half-way around the world, it’s difficult to imagine what’s happening in another country. Even with media, reports can skew information, which alter perception.

Now, I appreciate the concern of the “Are you okay?” messages. I really do. But imagine if the unimaginable happened and some sort of horrific event struck Toronto. Tel Aviv is about a five-hour flight to Paris. Toronto is about a five-hour flight to Vancouver. Would one of your initial reactions be to check if your friends in Vancouver were okay? Everyone seems so afraid of Israel. Should you be? Should I be?

After we learned of Paris, while standing across from Banana Beach in Tel Aviv, one of my friends says, “This is probably the safest place we could be in the whole world right now.”

And you know what? I agreed.

But how could I feel safer in Israel than anywhere else in the world right now? How could the girl who wrote Another Day In Israel, Another Set Of Terrorist Attacks … And Why I’m Not Afraid, or Have You Listened To Civil War Or Stood Across From Hezbollah? I Just Did feel safe in a country constantly under attack?

Because you learn to live safely and strategically, so you can live freely.

But that way of life comes at a price.

Wednesday night, after standing atop a cliff overlooking Syria and listening to its thunderous sounds of war, we drove about 10 minutes south to Kibbutz Merom Golan, in the Golan Heights. This kibbutz looks more like a resort than the hippy commune you may imagine. And I was given my own, cozy and contemporary cabin for the night.

After a late supper and a long day, I head back to my cabin. I have to be up earlier than the sun and I’m exhausted. I wash my face, change into my jammies and get into bed. Just when I’m getting warm and comfy, I freeze.

People outside my cabin door. My front door opens and slams. I don’t move. I dare not breathe.

Who is in my cabin?

My mind is racing. “This is it. It’s really happening. I never thought this would happen. How can I get out of this? I should’ve listened to my parents. I should’ve been more careful.”

They put a sack over my head. I can’t breathe. “Terrorists. I’m going to die …”

They run out of my room. I want to gasp for air, but won’t in case they’re still there.

Of course that was just a dream – a nightmare. But I’m not yet convinced and still refuse to move just in case they hear me move. It took me more than 30 minutes to get my sleep-deprived self back to sleep.

So why do I feel safe while walking alone down a Jerusalem street where Jews have been stabbed, or when standing 300 metres away from a Hezbollah terrorist outpost, but unsafe behind a locked door in a secure kibbutz in the middle of the night?

Talk to Israelis and you’ll get the same understanding. When here, you’re suddenly not watching life in Israel on Channel 11 News or YouTube. You are living it, subconsciously making strategic decisions about your basic daily routine.

It’s as if you start creating “risk analyses” and applying them to your life. This can be very traumatic if you’re not used to it.

For me, it came back to me in my dreams. The same way it did for my seven-year-old nephew, Naim.

I’m now staying with my brother and his family just north of Tel Aviv. When I saw Naim Sunday night, he told me about his terrorist nightmares – because of what happened in Paris. And he told me how he’s worried about the people living there.

“Naim,” I say, “Did you know that so many people are worried about you because you live in Israel? They don’t think it’s safe here. They won’t even come here.”

“How could they not see it’s safe? They could just come,” says my little Israeli nephew. “It’s great and it’s fun and where we live it’s a safe place where terrorists have never come.”

Why is this the worst article I’ve ever written? Because I fear the reality of it will make you more afraid of Israel. When the reality is, the solution to dealing with terrorism isn’t hiding in fear; rather, it’s seeking solidarity in the streets, in public, in the open.

So let’s choose to live in solidarity instead of living in fear.