The Gap Between The Short And The Tall

According to one of its latest Human Development Reports, the UN concluded that an international effort is needed to meet the growing needs of those who have not grown so much, like me. 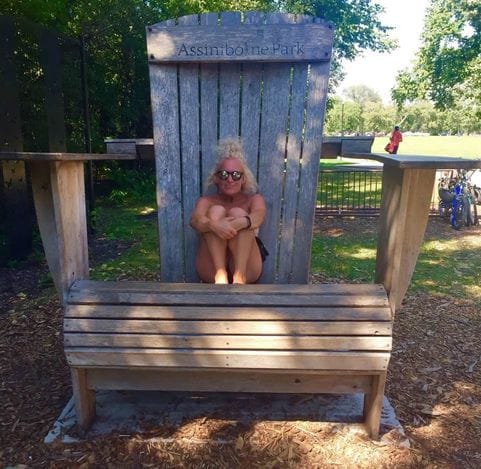 #shortgirlproblems
Never did I experience a growth spurt. My growth was curt. I always hated returning to school after summer break. Everyone’s new found heights made it look like I had shrunk.

And we always played tall-people sports at school: basketball, volleyball, walking … Hey, when you are short walking is a sport. For every one step you poplars take, us shrubs have to take two. No wonder I am in such good shape.

Regardless, I will never make $10 million a year playing basketball. Well, maybe that is because I am a girl. Great, another strike against me.

Of North America’s population, at five-feet-tall, 94 per cent of females are taller than I am. Translated to scholastic standards, lurking in the bottom sixth percentile would make me a failure.

The cliché “bigger is always better” has stood the test of time, so it must be true. And if bigger is better, it only stands to reason that smaller is worse.

Do parents ever brag about how short their children are? Do grandparents ever say to their grandchildren, “Look how you haven’t grown!” Do people ever underestimate their height on their driver’s licences?

Obviously it takes big people to do big things – like flight attendants. Years ago, I wanted to be one, but Transport Canada’s safety regulations require persons who are at least 5’3”, practically Brobdingnagians!

I would offer to stand on my tip toes – after all my calves are so used to it that they are probably stronger than those of 94 per cent of North American females – but, Transport Canada would likely say my big toes aren’t big enough.

Many equate height with importance. Pop-sociology writer Ralph Keyes, author of The Height of Your Life, notes this phenomenon starts at an early age because children are subject to the authority of big people. He found that as Christmas approached, children began to draw Santa bigger.

Given society’s association of height with importance, Keyes finds that smaller people may be inclined to overcompensate for their lack of size. No wonder so many dictators have been short. Take Napoleon for example, a short person’s superiority complex is even named after him.

The western world is made for tall people. And the UN’s resolution is to develop international policymaking that tempers a concern for profits with a concern for short people’s needs.

In its study of 174 countries, the UN found the global marketplace is not short-people friendly.  For instance: the best retail bargains were often located on the top-shelf; there is less material used in shoes and clothing for small people, but they still pay the same prices as tall people; and, at sporting and entertainment events shorties frequently pay to have their views obstructed.

Essentially, short people are forced to support a global economy for the tall.

It is surprising that Greenpeace has ignored the environmental benefits of pea-sized people.

If consumption produces pollution, and bigger bodies consume more, then who are the greater polluters of the world? And when you are just downwind from armpit level, it is not just exhaust pollution that worries you. Hot air may rise, but stench goes low.
On the bright side, when the world is finally depleted of its resources, history will repeat itself. The dinosaurs of that day will quickly become extinct, while due to our efficiency, shorties will likely survive longer with less. (Maybe we're not short; perhaps we're just height conservationists.)

Shortness lends itself to efficiency, but not cost efficiency. It is like an expensive disease. Victims of AIDS and cancer think they have it bad with costly medicines and painful treatments. Well, we short people do not have as much research backing our plights.

Initiatives in the area of biomedical growth research are rare, so smaller people must rely on older, more brutal, and more unpredictable “cures” like leg lengthening and human growth hormone (hGH) injections.

Leg lengthening has a 40 per cent success rate and can give two to six inches of height to the shortest seven per cent of people. Surgery is horrifying, breaking leg bones and inserting vise-like objects to widen the space between the broken bones over a period of weeks to months. It is painful, requires long recoveries, costs thousands of dollars, and may have serious side effects such as nerve, muscular and circulatory damage.

Another option is hGH, a hormone made from the pituitary glands of dead people, which has been used on short but otherwise healthy kids. It has an 80 per cent success rate that may increase height up to two inches, with ten years of daily injections.

In the '60s and '70s the National Institute of Health in the U.S. injected thousands of children with hGH. The children’s quality of life improved both mentally and physically, but dozens died. ​

Side effects of the drug include tumours, diabetes, mood swings, obesity, and Creutzfeld-Jakob disease, otherwise known as “mad-cow” disease. As CJD can incubate for up to 30 years, there may yet be many more unknown cases of it.

Peas, pea pods … It is all peanuts!