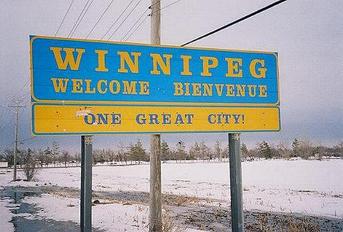 Coun. Harry Lazarenko says he is upset about new T-shirts promoting Winnipeg – that is, promoting it with a slogan that reads “Winnipeg, murder capital of Canada.”

Lazarenko is worried that the T-shirts may alter public perception of the city and has asked Mayor Glen Murray to legally prevent their sale. Murray says the slogan is “nothing but a half-truth” and that Winnipeg is safe. The question is, safe for whom?

According to a report released last October by The Canadian Centre for Justice Statistics, in 2000 there were 17 murders in Winnipeg. On a per capita basis that means 2.5 of every 100,000 Winnipeggers were killed, ranking the city number one for homicides among the nine largest metropolitan cities in Canada.

These numbers could serve as footnotes on the T-shirts.

Despite the warnings and statistics, police and criminologists maintain that for most people there is virtually no chance of being murdered in Winnipeg. At higher risk are inner-city residents, victims of domestic violence, and those involved in dangerous lifestyles like gangs. Typically these individuals represent the poorer population of the city’s core.

Homocide in Winnipeg is a well-known issue that must be prevented, but for over a decade the same socio-economic demographic of the city has been victim to Canada’s highest murder rate.

Why hasn’t the government done something about it?