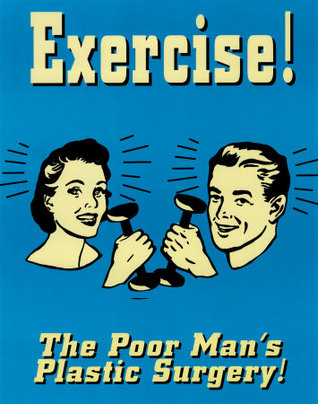 We all know the question.

“What religion are you?”

Could it be my voice – the deliberateness of my speech? Could it be the way I carry myself – the determination of my stride? Could it be my appearance – the slight bulging curve of my bicep from beneath my sweater sleeve?

“Oh. I thought so. Well then, you must know Moshe.”

This, my friends, bothers me.

Do I expect politicians to know every single liar in the city?

True. I go to the gym. A lot. During my 60-minutes of running nowhere, my thoughts run everywhere, contemplating my faith and religious beliefs.

Recently, I came to an enlightening conclusion. I’m indeed religious. Very religious. I’m Gymish – a follower of a healthy lifestyle – body, mind, and spirit. And being Gymish doesn’t mean I know every single Gymish person out there. There are many of us from varying backgrounds and denominations.

But, just because I don’t know all the Gymish that doesn’t mean I can’t generalize about each and every one.

From your gym of choice to every over-priced-sweat-box in the city to the makeshift gym/clothes rack in your basement, allow me to introduce you to some of the people that you meet, while you’re working off your meat.

Welcome to my friend Gym’s place. A temple to some. A fashion show catwalk to others. A cakewalk (off) to many. Our reasons for visiting Gym are almost as plentiful as our excuses for avoiding him.

The Orthodox-Gymish attend regularly. Some argue they are the tape measure by which all other Gymish girth should be determined. Whether it’s 6am or 6pm, it seems that no matter what time or what day you indiscriminately show up, you find the same O-G’s there.

To them Gym is the temple. Exercise their penance. The scale their Lord. And as the apple was sin to Eve, its pie is sin to the O-G. Rather than an eye for an eye, the O-G believes it’s a pound for a pound. You can’t hide fat and sugar from the omniscient and omnipotent Scale.

Then there are the Conservative-Gymish. You may not always find them at the Gym, but they aim to conserve a certain level of fitness, and still practice daily health and wellness. While the C-G may feel the Orthodox-Gymish work out too much, they also feel other Gymish like the Reform don’t do enough to embrace a healthy lifestyle. Still, the C-G does maintain a tolerance for the less methodical ways of the more liberal Gymish streams.

Perhaps the largest Gymish movement today is that of the Reform. The Reform-Gymish welcome all shapes and sizes. So much of their time is spent questioning the different approaches to workout equipment mind you, that not much of a workout is accomplished.

These are the Gymish who you’ll find walking around the track, cell phone in hand. “Should I do Pilates or more traditional exercises today? Hey, why don’t I just make something up? Keep my body guessing.” Keep everybody guessing.

Sometimes, watching Reformers, you’ll wonder if their exercise is entirely advanced and progressive or completely adlibbed and regressive. And you’ll never find a personal trainer trying to correct the form of a Reformer. Reformers appreciate their own form and prefer to freely choose their own workout.

The Agnostics straddle the weight bench between Gymish and non-Gymish. Whether it’s that they don’t want to buy a Gym membership or buy into the idea of belonging to a particular Gym is hard to say. But they will either spend a gymload on fitness equipment [pronounced: clothes racks], or spend a gymload on Gym memberships [pronounced: yet another card for the wallet].

Finally, one of the most recent “Gymish” movements: Gymish for Spam Knish. They may refer to themselves as Gymish, but they fuel their body, mind, and spirit with Spam Knish.

Granted, not all Gymish are perfect, and from time to time do succumb to the gluttony of unhealthy foods. But Spam as the primary source of nutrition and wellness? It’s not even real food. (Well, it may have been real at one time – before it was completely refined and processed.) It makes as much sense as sticking a knife in your heart, while simultaneously trying to stitch up the wound.

Whatever the cake, if you’re truly Gymish you know Gym is your saving grace.

And to anyone who may take issue with your Gymish or non-Gymish faith, I have one thing to say: Mind your own fitness.
Tweet
Back to Portfolio