Originally appeared in the Toronto Star
At one time he lived to play hockey. Then he played sledge hockey to live.

There are few people you will meet during your lifetime who will impact you so dramatically that even though you barely know them they will touch your life on the deepest level. It may be anybody: a teacher, a random stranger …

It may be someone fighting for his very life. Matt Cook.

So allow me to introduce you … 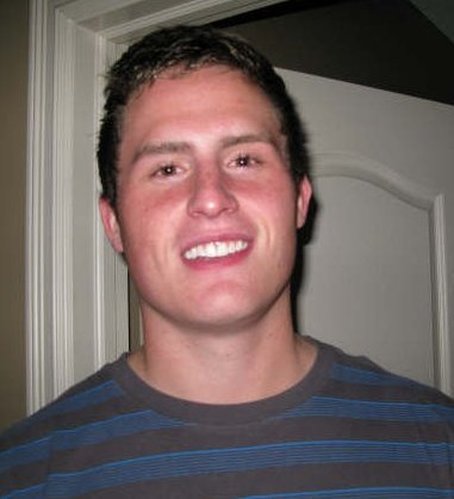 Matt Cook was born in Edmonton 22 years ago, and, for a while anyway, seemed destined to represent Canada at the 2010 Olympic Games.

In the 2005-06 season, after trying out as a virtual unknown, he played junior A for the Bonnyville Pontiacs, in the Alberta Junior Hockey League. Matt’s sights were now set on a hockey scholarship to an NCAA Division 1 school.

Then one day at practice his ankle pain got so bothersome that his father took him to the doctor.

Not the same legacy. Not the same story. But Matt’s is also a story that leaves a legacy.

Due to the bone cancer, Matt’s left leg had to be amputated below the knee.

As he approached the end of his 31 weeks of chemotherapy, Matt felt he no longer had anything to work towards, and didn’t think he’d ever be able to get back into competitive sports.

Not even sledge hockey.

Sledge hockey is like hockey, only faster – a sport where athletes are strapped into sleds, while blazing themselves down the ice at speeds of over 40 kilometres an hour.

“When I first heard about sledge hockey, I was bitter about losing my leg and I was adamant I wouldn’t be playing any disabled sports,” says Matt, who learned to skate with his prosthetic leg. “But I just had a completely wrong stereotype of it.”

After watching a sledge hockey demo at the Junior A National Championships, Matt saw what the guys could do in a sled. Soon after Matt found himself at a Team Alberta sledge hockey camp.

Matt remembers when he heard about it, “I just pictured guys in toboggans playing with mini-sticks.”

Then he hopped in one of the “toboggans” and realized it was a sled – and a sport.

“They were just making me look stupid out there, meanwhile I played higher levels of hockey than all of them. It gave me something to work towards – a long-term goal.”

For an on-ice agitator like Matt, the full-contact sport was a huge draw.

Off-ice, he is the furthest thing from an agitator. His ever-present smile and his positive energy are contagious to those around him.

And his positivity endured through September 2007, when Matt needed open-heart surgery due to complications from the chemo.

Then in April 2008, the cancer had returned as a spot in his lung. Matt recalls the doctors told him there was a 20 per cent chance the cancer would not return after it was removed.

But that is all part of Matt’s positive approach to life.

“I think when people are dealing with adversity it is important to set goals and find something to keep you motivated and keep you wanting to get out of bed,” says Matt.

Not only did he get out of bed, he got out of town.

At a time when most people would surround themselves with the comforts of home – and perhaps the comforts of misery – Matt chose to dedicate himself to the sport, and quickly progressed to be named to the national sledge hockey team as a forward. So, he left his family and friends in Edmonton to train in Toronto. 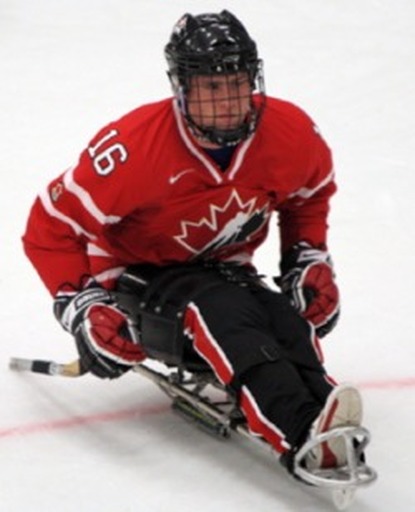 Matt wanted to set a precedent for his team. He says a lot of guys put their jobs on hold this year for the Olympics. They want to win gold – that badly. For Matt it would be a special win for his family who have given him so much strength and support, and for other cancer survivors – and victims – whom he had met.

“I just wanted to give myself the best chance at being the best player I could be. And throwing on that Canadian jersey is such a huge honour and I take huge pride in that.”

Team captain, Jean Labonté says, “Cookie is a great guy to have around. He worked so hard to get better. And it drives everybody else too. Everyone else is saying, ‘Whoa, if this guy’s always pushing harder and practising, practising, we all want to do that.’.”

Being part of Team Canada, Matt has enjoyed his experiences and travelling the world with amazing athletes. “We get treated very professionally by Hockey Canada. Just a great organization. Whether I was playing hockey or something else I think I would have poured myself into it and really dedicated myself.”

The whole sledge hockey team is dedicated, and its members have faced their share of adversities. Some lost limbs to accidents – others to cancer.

Back in 1993, goalie, Benoit St. Amande was also diagnosed with bone cancer. Years earlier, before Matt was even born, Jean Labonté was diagnosed with osteosarcoma too.

St. Amande and Labonté endured the same chemotherapy in the same doses.

Because today, he has been diagnosed as terminal.

This past July, Matt had two more surgeries to remove cancerous spots from his lungs. One of the spots was too close to a pulmonary artery. It couldn’t be removed. But Matt continued moving forward. Doctors were optimistic that he could still make the Paralympics in March, but didn’t know how long it would be before the cancer ran its course.

So Matt worked hard to rehab, and continued to train for 2010. Then in October he developed a bad wheeze. That spot that couldn’t be removed had now grown to block his left lung.

“It was a huge shock. And there’s this thing in the back of your mind … Who’s spot did I take this year? ... I didn’t even get to play in the exhibition series.”

Matt says despite the frustration, he wasn’t really too embittered. After the last couple of years he was prepared for this. Still, most difficult for him to accept is how cancer is treated.

To receive the same chemotherapy in the same doses as his teammates – a decade and two decades before him – seems unimaginable, when over the past 20 years – even 10 years, it is amazing how many medical advancements have been made. There is help for sexual performance, and procedures to increase and decrease the size of body parts in ways nature never even intended.

But billions – and billions – of research dollars later, Matt Cook receives the same cancer treatments as his teammate did over 20 years before him.

Chemo can save lives of those with bone cancer. It works with 60 per cent of people, if the cancer hasn’t spread before treatment begins.

But as Matt says, “It is barbaric. And I start to wonder, what stats are acceptable? If it gets to 90 per cent saved will they be happy? I’m just hoping 10 years down the road there’s going to be something that is 100 per cent successful.”

He finds it a battle. Like all of us, Matt wants money to be raised to find a cure. But even though he had it, and it gave him a couple more years, he just doesn’t think chemo and radiation are the way to go.

“Each chemo I did was $5000. So considering my whole cancer treatment cost hundreds of thousands of dollars, that money could be put to better awareness about healthy eating and living and alternative possibilities. Let’s try to raise awareness.”

Today, as Western medicine and doctors have given up on him, Matt is determined to find alternative treatments. While more research is needed, he uses hemp oil and a relatively non-toxic chemical called dichloroacetate. Both are believed by some to kill cancer cells.

Matt now hopes with his healthier lifestyle and these treatments, he will be able to cheer on his team to defend its gold medal this March.

He has already been an inspiration to Olympians.

Team Canada women’s hockey goalie Shannon Szabados, a former teammate of Matt’s in junior, painted FLM on the back of her mask: Fight Like Matt.

“I’m always thinking about him,” Szabados said after one of the games en route to the gold medal.

“Matt’s battle has affected our team in many ways. We obviously really miss him on the ice, but we also really miss just seeing him. We all know how badly Matt wanted to win a gold medal at the Paralympics, so I think he continues to inspire us even though he is not on the ice with us. He is still a huge part of our team.”

Although he can’t play in the Games, his teammates have all sewn a piece of his jersey in each of theirs, and his jersey and equipment bag still reside in the dressing room. Matt’s spirit inspires his team, and his legacy will grow.

“Terry Fox made it to his 22nd birthday. Looking back at the legacy Terry Fox left, I’m sure if you asked him a year before he died if he’d trade his life for the legacy, he’d say yes. So the legacy he left behind is something that I’d definitely give my life to – just like he did.”

In spite of the circumstances he says, “It’s hard not to be positive about things. I’m lucky I was born in Canada, where I’ve been given the chance to live an extra three years. There are kids in Africa who don’t make it past their fifth or sixth birthday… I’ve been given a lot of opportunities.

When every day is precious and everyone too busy, Matt still found the time to return calls and e-mails for this story, and devote 45 minutes for an interview. He apologized for not responding sooner.

Matt thinks you should never wait until it is too late.

“You really start to re-evaluate your life. But don’t wait to be told you have three to six months left before you start living life. Too many people are caught up with the daily grind and they don’t bother challenging themselves or putting themselves outside of their comfort zone. Just be optimistic and set goals.

“And whether or not you achieve them, you’ve put yourself out there and given yourself the opportunity to achieve something you’re probably capable of.”

Note: On April 4th, 2010, Matt passed away. The Matt Cook Foundation will continue his legacy and carry out Matt's mission to raise awareness and funding to support the fight against rare cancers. ​​ 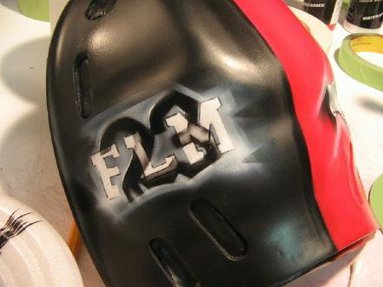 Shannon Szabados' mask
Back to Portfolio